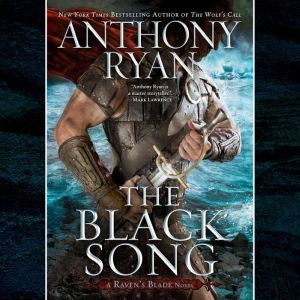 A matchless warrior is pitted against a near-God in the second epic installment of the Raven’s Blade series.

It has long been our lot in life, brother, to do what others can’t.

Vaelin Al Sorna was known across the realm as the greatest of warriors, but he thought battles were behind him. He was wrong. Prophecy and rumor led him across the sea to find a woman he once loved, and drew him into a war waged by the Darkblade, a man who believes himself a god—and one who has gathered a fanatical army that threatens all of the known world.

After a costly defeat by the Darkblade, Vaelin’s forces are shattered, while the self-proclaimed immortal and his army continue their terrible march. But during the clash, Vaelin regained some of the dark magic that once gave him unrivaled skill in battle. And though the fight he has been drawn into seems near unwinnable, the song that drives him now desires the blood of his enemy above all else…