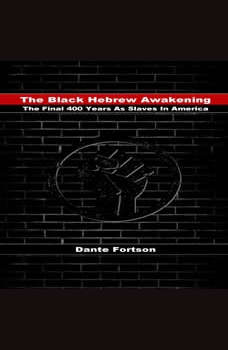 The Black Hebrew Awakening: The Final 400 Years As Slaves In America

“And he said unto Abram, Know of a surety that thy seed shall be a stranger in a land that is not theirs, and shall serve them; and they shall afflict them four hundred years; And also that nation, whom they shall serve, will I judge: and afterward shall they come out with great sub-stance.” – Genesis 15:13-14

For most of our lives we've been taught that the church has replaced Israel, Israel migrated and mixed with all nations, and that God no longer cares about Israel... but if that's the case, how can the church trust anything that comes out of the mouth of God if he'd just back out on all the promises made to Israel?

+ Christianity did not replace the nation of Israel.

+ Much of Christian doctrine was designed to reinforce white supremacy.

One of the biggest travesties of the Transatlantic Slave Trade is that black culture prior to coming to America was completely erased on purpose. What couldn't be erased was eventually whitewashed until we were so uncertain of our identity that we began to identify with two lands... African American...