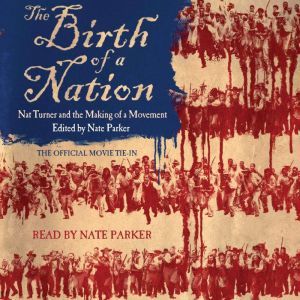 The Birth of a Nation: Nat Turner and the Making of a Movement

This official tie-in to the highly acclaimed film, The Birth of a Nation, surveys the history and legacy of Nat Turner, the leader of one of the most renowned slave rebellions on American soil, while also exploring Turner’s relevance to contemporary dialogues on race relations.This official tie-in edition to the highly acclaimed film, The Birth of a Nation, presents the philosophy and craft behind the making of the film, situating the film’s relevance not only within cinematic history but also within the greater dialog of race, subjugation and resistance. In addition to “My Journey with Nat Turner” by writer/director, Nate Parker, the book will also feature: “The Unbroken Chain of Enslaved African Resistance and Rebellion” by Erica Armstrong Dunbar and Daina Ramey Berry, “Slavery and (In)Justice During the Nat Turner Rebellion: History and Legacy of the ‘Rule of Law’ in America” by Alfred L. Brophy, “Nat Turner at the Crossroads: African Iconography and Cosmologies in The Birth of a Nation” by Kelley Fanto Deetz, PhD, and “Why Nat Turner Matters: The Importance of History in Contemporary Consciousness” by Brian Favors, MEd. More than just a tie-in this book seeks to educate the listener as to Nat Turner’s legacy and influence. By bringing together an array of artists and intellectuals, this book speaks directly to Turner’s importance throughout history and especially his relevance to contemporary social relations.