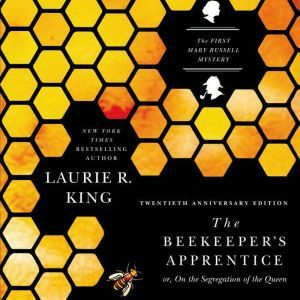 The Beekeeper's Apprentice: Or On the Segregation of the Queen

The Twentieth-Anniversary Edition of the First Novel of the Acclaimed Mary Russell Series by Edgar Award–Winning Author Laurie R. King. An Agatha Award Best Novel Nominee • Named One of the Century's Best 100 Mysteries by the Independent Mystery Booksellers Association In 1915, Sherlock Holmes is retired and quietly engaged in the study of honeybees in Sussex when a young woman literally stumbles onto him on the Sussex Downs. Fifteen years old, gawky, egotistical, and recently orphaned, the young Mary Russell displays an intellect to impress even Sherlock Holmes. Under his reluctant tutelage, this very modern, twentieth-century woman proves a deft protegee and a fitting partner for the Victorian detective. They are soon called to Wales to help Scotland Yard find the kidnapped daughter of an American senator, a case of international significance with clues that dip deep into Holmes's past. Full of brilliant deduction, disguises, and danger, The Beekeeper's Apprentice, the first book of the Mary Russell–Sherlock Holmes mysteries, is "remarkably beguiling" (The Boston Globe).This program includes a preface read by the author. 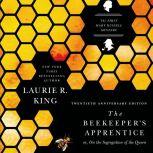 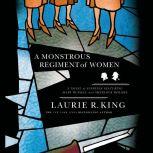 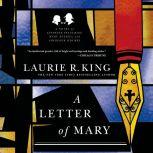 The Beekeeper's Apprentice: Or On t...
A Mary Russell Mystery

A Monstrous Regiment of Women
A Mary Russell Mystery

A Letter of Mary
A Mary Russell Mystery