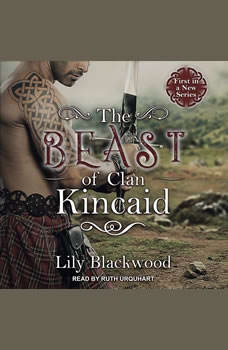 The Beast of Clan Kincaid

A Highland warrior battles to reclaim his birthright in the first of a new series filled with seduction, revenge, and soul-stirring passion . . . They call him the Beast—a hardened mercenary whose heart seems as cold as his icy blue gaze. They do not know his true name: Niall Braewick, son of the Laird of Kincaid. It has been years since he escaped into the forest the night his father was murdered. Now he has returned, ablaze with a vengeful hunger. He will gain the MacClaren chief's trust, gather his clan, and take back his lands. And take the MacClaren's daughter as well . . . Though he pulled her from the river, saving her life, Elspeth has been warned to keep her distance from her father's hired warrior. He is a barbarian—a shame, as he is far more compelling than the lechers and fools competing for her dowry. Little does she know that, like the castle itself, she is a prize Niall intends to claim . . . but will he extract blood for blood and possess what is his, or will his enemy's beautiful, innocent daughter tempt him to forsake his dream of conquest? Contains mature themes.