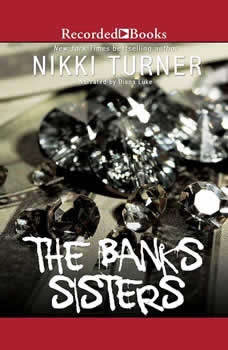 New York Times bestselling author Nikki Turner returns with her most spellbinding story to date: Meet the Banks sisters-Simone, Bunny, Tallhya, and Ginger. The four beauties are living under the same roof by force, but they can't stand each other. Their only common denominator is their loving grandmother, Me-Ma. When she's not at work trying to make ends meet, she's home with her girls, trying to keep them from killing each other. Tragedy strikes when Me-Ma has a heart attack at church. The sisters are shocked to discover that Me-Ma left the house and all her money to the church. Now the pastor wants them out, unless they can come up with the money to buy the house from him. To make matters worse, Bunny already owes over a hundred thousand dollars to a very dangerous man. How can four broke women, each with their own mountain of problems, come up with enough money to save the family's home-and save Bunny's life? They devise a plan that could have them rolling in plenty of dough-as long as they can stay one step ahead of the law enforcement that's on the lookout for a group of bank robbers who have burst onto the scene.