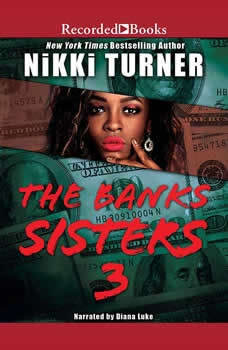 Just like any dysfunctional family reunion, loyalty, love, and good times soon turn to bitterness, regret, and promises to never see one another again. At the end of the day, the Banks sisters are no different than any other family in the city of Richmond-other than the fact that they are rotten to the core. Sure, the girls are bonded by D.N.A, but they're also tied together because of their past of robbing banks, extortion, drug dealing, and even cold-blooded murder. However, that bond means absolutely nothing to them. When it comes down to it, it is every sister for herself, even if it means throwing her siblings underneath the bus to avoid the consequences of their many crimes. Sisterly love be damned; this is survival!