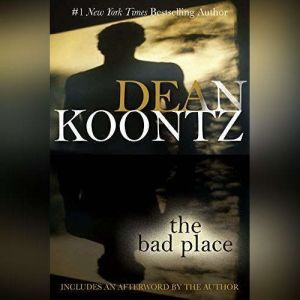 Frank Pollard awakens in an alley, knowing nothing but his name—and that he is in great danger. Having taken refuge in a motel, he wakes again only to find his hands covered in blood. As far as he knows, he's no killer. But whose blood is this, and how did it get there? Over the next few days Frank develops a fear of sleep, because each time he wakes he discovers strange objects in his hands and pockets—objects far more frightening than blood.Husband-and-wife detective team Bobby and Julie Dakota specialize in high-ticket corporate security investigations, but when a distraught and desperate Frank Pollard begs them to watch over him, they can't refuse. Out of compassion—and curiosity—they agree to get to the bottom of his mysterious, amnesiac fugues.It seems a simple job: just follow a client who wants to be watched and tell him where he winds up. But as the Dakotas begin to discover where their client goes when he sleeps, they are drawn slowly into ever-darkening realms where they encounter the ominous figure stalking Frank. Their lives are threatened, as is that of Julie's gentle, Down's-syndrome brother, Thomas.To Thomas, death is "the bad place" from which there is no return. But Julie and Bobby—and their tortured client—ultimately learn that equally bad places exist in the world of the living, places so steeped in evil that in contrast death seems almost a relief.…Praise for Dean Koontz"A master storyteller, sometimes humorous, sometimes shocking, but always riveting. His characters sparkle with life. And his fast-paced plots are wonderfully fiendish, taking unexpected twists and turns." —The San Diego Union-Tribune"One of our finest and most versatile suspense writers." —The Macon Telegraph & News"His prose mesmerizes…Koontz consistently hits the bull's-eye." —Arkansas Democrat"An exceptional novelist…top-notch." —Lincoln Journal-Star

This was a page turner for me. Couldnt wait to see what was going to happen next.