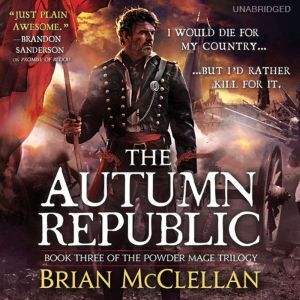 IN A RICH, DISTINCTIVE WORLD THAT MIXES MAGIC WITH TECHNOLOGY, WHO COULD STAND AGAINST MAGES THAT CONTROL GUNPOWDER AND BULLETS? The capital has fallen...Field Marshal Tamas returns to his beloved country to find that for the first time in history, the capital city of Adro lies in the hands of a foreign invader. His son is missing, his allies are indistinguishable from his foes, and reinforcements are several weeks away.An army divided...With the Kez still bearing down upon them and without clear leadership, the Adran army has turned against itself. Inspector Adamat is drawn into the very heart of this new mutiny with promises of finding his kidnapped son.All hope rests with one...And Taniel Two-shot, hunted by men he once thought his friends, must safeguard the only chance Adro has of getting through this war without being destroyed...THE AUTUMN REPUBLIC is the epic conclusion that began with Promise of Blood and The Crimson Campaign. 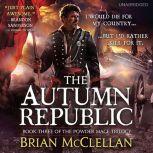 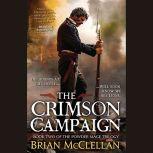 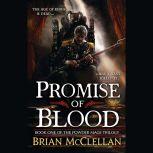