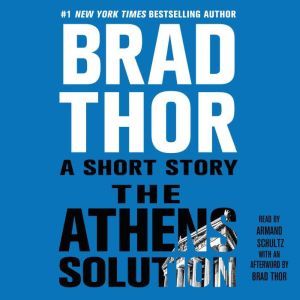 The Athens Solution: A Short Story

From Brad Thor, the #1 New York Times bestselling author of Code of Conduct, comes a lightning-paced short story, pitting Scot Harvath against a threat unlike any he’s faced before…A deadly betrayal is at the center of The Athens Solution. When a game-changing weapon falls into the wrong hands, the US Ambassador to Greece must risk everything to recover it, even if it means participating in a ruse that costs his life. With the ambassador dead and the device still at large, covert counterterrorism operative Scot Harvath rushes to eliminate a terror cell about to sell the dangerous technology to Iran. As the sun sets on the Aegean Sea, Harvath must go head-to-head with a traitorous adversary in a confrontation that puts the fate of America and her allies at risk. This riveting addition to the Scot Harvath thrillers delivers all the pulse-pounding action and high stakes fans have come to know and love from Brad Thor. Without a doubt, The Athens Solution will leave fans hungry for more! 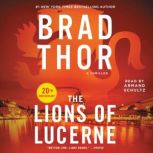 The Athens Solution: A Short Story
The Scot Harvath Series