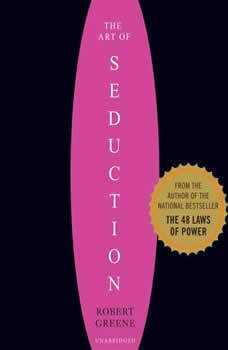 The Art of Seduction (Unabridged): An Indispensible Primer on the Ultimate Form of Power

The Art of Seduction is an indispensable primer of persuasion that reveals one of history's greatest weapons and the ultimate form of power.

Malcolm Gladwell, the #1 bestselling author of The Tipping Point, Blink, Outliers, and What the Dog Saw, offers his most provocative---and dazzling---book yet.Three thousand years ago on a battlefield in ancient Palestine, a shepherd boy felled a m...

The guru to the gurus at last shares his knowledge with the rest of us. Nobel laureate Daniel Kahneman's seminal studies in behavioral psychology, behavioral economics, and happiness studies have influenced numerous other authors, including Steven P...

The Body Keeps the Score
by Bessel van der Kolk

A pioneering researcher and one of the world's foremost experts on traumatic stress offers a bold new paradigm for healing Trauma is a fact of life. Veterans and their families deal with the painful aftermath of combat; one in five Americans has b...

12 Rules for Life
by Jordan B. Peterson

#1 NATIONAL BESTSELLER #1 INTERNATIONAL BESTSELLERWhat does everyone in the modern world need to know? Renowned psychologist Jordan B. Peterson's answer to this most difficult of questions uniquely combines the hard-won truths of ancient tradit...

Why Buddhism is True
by Robert Wright

From one of America’s greatest minds, a journey through psychology, philosophy, and lots of meditation to show how Buddhism holds the key to moral clarity and enduring happiness.Robert Wright famously explained in The Moral Animal how evolutio...

Maps of Meaning
by Jordan B. Peterson

Jordan B. Peterson's Maps of Meaning is now available for the first time as an audio download!Why have people from different cultures and eras formulated myths and stories with similar structures? What does this similarity tell us about the mind, mo...