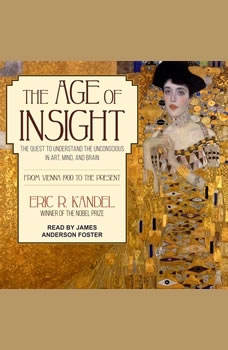 The Age of Insight: The Quest to Understand the Unconscious in Art, Mind, and Brain, from Vienna 1900 to the Present

A brilliant book by Nobel Prize winner Eric R. Kandel, The Age of Insight takes us to Vienna 1900, where leaders in science, medicine, and art began a revolution that changed forever how we think about the human mind—our conscious and unconscious thoughts and emotions—and how mind and brain relate to art. At the turn of the century, Vienna was the cultural capital of Europe. Artists and scientists met in glittering salons, where they freely exchanged ideas that led to revolutionary breakthroughs in psychology, brain science, literature, and art. Kandel takes us into the world of Vienna to trace, in rich and rewarding detail, the ideas and advances made then, and their enduring influence today.

Reductionism in Art and Brain Science
by Eric R. Kandel

Are art and science separated by an unbridgeable divide? Can they find common ground? In this book, neuroscientist Eric R. Kandel, whose remarkable scientific career and deep interest in art give him a unique perspective, demonstrates how science ca...