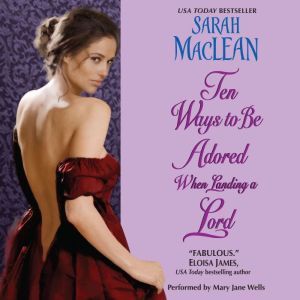 Ten Ways to Be Adored When Landing a Lord

Since being named “London’s Lord to Land” by a popular ladies’ magazine, Nicholas St. John has been relentlessly pursued by every matrimony-minded female in the ton. So when an opportunity to escape fashionable society presents itself, he eagerly jumps—only to land in the path of the most determined, damnably delicious woman he’s ever met!The daughter of a titled wastrel, Lady Isabel Townsend has too many secrets and too little money. Though she is used to taking care of herself quite handily, her father’s recent passing has left Isabel at sea and in need of outside help to protect her young brother’s birthright. The sinfully handsome, eminently eligible Lord Nicholas could be the very salvation she seeks.But the lady must be wary and not do anything reckless and foolish…like falling madly, passionately in love.

I read her other book, Seven Rules to Break When Romancing a Rake, and loved that book. This one was very disappointing. The only reason I finishd it wasbecause I had nothing else to read. It does get better about half thru the book but the 1st part is almost boring. That's why I gave it a 3 Star rate. 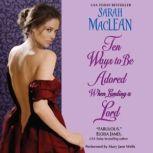 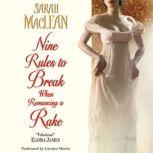 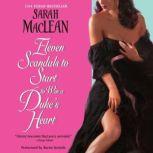 Ten Ways to Be Adored When Landing ...
Love By Numbers #2

Nine Rules to Break When Romancing ...
Love By Numbers #1

Eleven Scandals to Start to Win a D...
Love By Numbers #3