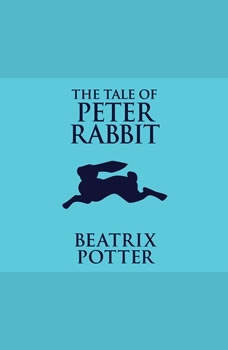 Tale of Peter Rabbit, The

Little Peter Rabbit, ignoring his mother's warnings, enters the garden of Mr. MacGregor for a snack. When he is spotted by the angry Mr. MacGregor, the chase is on. Before long, Peter loses his jacket and shoes and must also sneak past a cat in order to get back home. The first of Beatrix Potter's 22 charmingly illustrated tales of animals in amusing situations, The Tale of Peter Rabbit has delighted children since 1902.