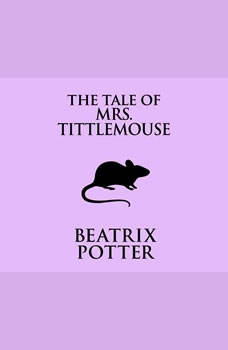 Tale of Mrs. Tittlemouse, The

In The Tale of Mrs. Tittlemouse, a woodmouse finds it a challenge to keep a tidy house under a hedge that is visited by an assortment of insects. In this story, a beetle leaves dirty footprints and a spider leaves cobwebs in his wake after visits to Mrs. Tittlemouse's underground tunnel-house. Filled with beautiful illustrations of insects, this sixteenth of Beatrix Potter's 22 charmingly illustrated tales of animals in amusing situations has delighted children and adults alike since its release in 1910.