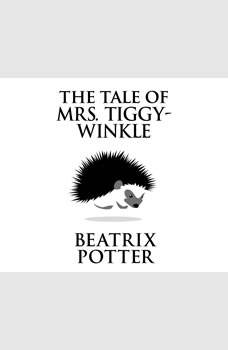 Tale of Mrs. Tiggy-Winkle, The

In The Tale of Mrs. Tiggy-Winkle, a little girl named Lucie has lost three pocket handkerchiefs and a pinafore. Setting out to find them, she spots some fresh clean white cloth on the hillside. As she approaches the clean linens on the hill Lucie spies a door built into the side of the hill and hears someone singing a song about laundry behind it. Could the missing hankies be inside? The sixth of Beatrix Potter's 22 charmingly illustrated tales of animals in amusing situations, The Tale of Mrs. Tiggy-Winkle has delighted children since its release in 1905.