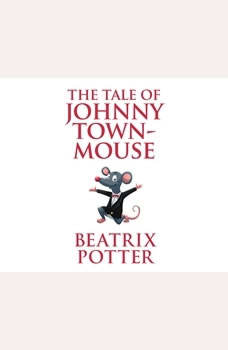 Tale of Johnny Town-Mouse, The

The Tale of Johnny Town-Mouse is an adaptation of the Aesop Fable The Town Mouse and the Country Mouse with charming illustrations by Beatrix Potter. In it, a country mouse named Timmy accidentally ends up in the house of Johnny, a town mouse. After experiencing all that the town has to offer, Timmy decides he prefers his quiet life in the country. But how will country life suit Johnny when he comes to visit? The twenty-first of Beatrix Potter's 22 charmingly illustrated tales of animals in amusing situations, The Tale of Johnny Town-Mouse has delighted children and adults alike since its release in 1918.