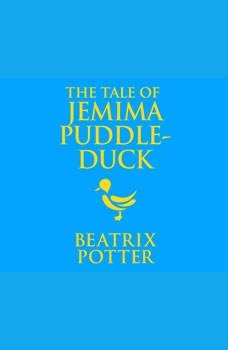 Tale of Jemima Puddle-Duck, The

In The Tale of Jemima Puddle-Duck, a farmer's wife believes ducks make poor sitters and takes their eggs to give to her hens to hatch them. The duck Jemima decides to find a safe place away from the farm to lay her eggs. When a fox offers to help, Jemima must keep her guard up. The twelfth of Beatrix Potter's 22 charmingly illustrated tales of animals in amusing situations, The Tale of Jemima Puddle-Duck has children and adults alike since its release in 1907.