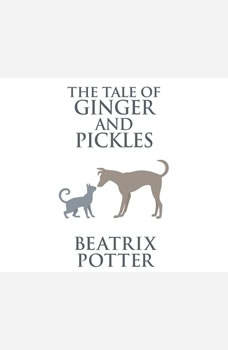 Tale of Ginger and Pickles, The

In the Tale of Ginger and Pickles, a yellow tomcat and a terrier are shopkeepers in a small village. Though the mice customers make Ginger the cat's mouth water and Pickles the dog finds his rabbit shoppers faintly enticing, the two control their impulses and even extend credit to their customers. But how long can this combination last? The fifteenth of Beatrix Potter's 22 charmingly illustrated tales of animals in amusing situations, The Tale of Ginger and Pickles has delighted children and adults alike since its release in 1909.