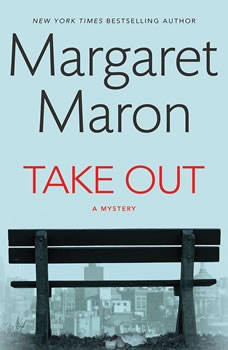 From New York Times bestselling, award-winning author Margaret Maron--winner of the Edgar Award, Agatha Award, Anthony Award, and Macavity Award for her classic mystery The Bootlegger's Daughter--comes a stunning new mystery featuring NYPD Detective Sigrid Harald."Every Margaret Maron is a celebration of something remarkable." --New York Times Book Review"Maron writes with wit and sophistication." --USA Today"There's nobody better." --Chicago TribuneNYPD Detective Sigrid Harald is still reeling from the untimely death of her lover, acclaimed painter Oscar Nauman, when she is called to investigate the poisoning of two homeless men in the West Village. As she examines the mysterious deaths, Sigrid uncovers a grim neighborhood scandal surrounding two influential women: one a haughty mafia widow, the other a retired opera prima donna, both with dark secrets they've kept under wraps for decades. Was the poison really meant for the homeless men, or were they merely unintended victims as the decades-long feud between the two women comes to a head? And still, Sigrid can't stop wondering what brought her late lover so urgently across the country to the winding mountain road that took his life--until she meets a man who may hold the answers she seeks . . . . "Opening a new Margaret Maron is like unwrapping a Christmas gift." --Cleveland Plain Dealer"Of today's series writers none has been more successful at weaving the bond between star and audience than Margaret Maron." --San Diego Union-Tribune