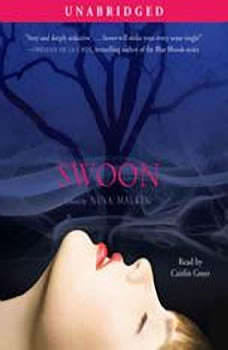 Torn from her native New York City and dumped in the land of cookie-cutter preps, Candice is resigned to accept her posh, dull fate. Nothing ever happens in Swoon, Connecticut...until Dice's perfect, privileged cousin Penelope nearly dies in a fall from an old tree, and her spirit intertwines with that of a ghost. His name? Sinclair Youngblood Powers. His mission? Revenge. And while Pen is oblivious to the possession, Dice is all too aware of Sin. She's intensely drawn to him -- but not at all crazy about the havoc he's wreaking. Determined to exorcise the demon, Dice accidentally sets Sin loose, gives him flesh, makes him formidable. Now she must destroy an even more potent -- and irresistible -- adversary, before the whole town succumbs to Sin's will. Only trouble is, she's in love with him. What do you do when the boy of your dreams is too bad to be true?

Love the TV show Modern Family? Wait until you meet the family Fletcher! With two dads, four adopted brothers, two cats, and one pug, the Fletchers will have you laughing out loud!   Welcome to Rock Island, Where Time Stands Still! Th...

The Outcasts of 19 Schuyler Place
by E. L. Konigsburg

E. L. Konigsburg revisits the town of Epiphany to tell the story of Margaret Rose Kane, Connor's older half-sister. It's about the summer when Margaret Rose turned twelve--the same year that Cabbage Patch dolls were popular, that Sally Ride became ...

The Higher Power of Lucky
by Susan Patron

BONUS FEATURE: Exclusive Author Interview Lucky, age ten, can’t wait another day. The meanness gland in her heart and the crevices full of questions in her brain make running away from Hard Pan, California (population 43), the rock-bottom on...

My Cousin's Keeper
by Simon French

Eleven-year-old Kieran wants to be part of the in-group at school. He wants to be on the soccer team. He wants to fit in. But then his weird cousin Bon turns up, both at school and at home. Bon's mom hasn't taken good care of him, and he knows nothi...

The Uninvited
by Tim Wynne-Jones

Mimi Shapiro needs to get away. From New York City, from NYU. And from the professor who let things go too far. So when her artist father, Marc, offers his cottage in a remote part of Canada, she gladly hops in her Mini Cooper and drives north. Way ...

All Rise for the Honorable Perry T. Cook
by Leslie Connor

Junior Library Guild Selection * Kids’ Indie Next List PickFrom Leslie Connor, award-winning author of Waiting for Normal and Crunch, comes a soaring and heartfelt story about love, forgiveness, and how innocence makes us all rise up. Al...

1. Kiss Estelle.2. Get a job.3. Cheer my mother up.4. Try not to be a complete nerd/loser.5. Talk to my father when he calls.6. Figure out how to be good.Nerd-boy Dan Cereill is not quite coping with a whole heap of problems, including a reversal o...

Lucky for Good
by Susan Patron

“Susan Patron writes honest and true, and this, her final Lucky, feel truest of all. I loved it!”-Kathi Appelt, author of the Newbery Honor Book The Underneath For eleven-year-old Lucky, the universe is full of questions. Is that my...

See You in the Cosmos
by Jack Cheng

A space-obsessed boy and his dog, Carl Sagan, take a journey toward family, love, hope, and awe in this funny and moving novel for fans of Counting by 7s and Walk Two Moons.   11-year-old Alex Petroski loves space and rocket...