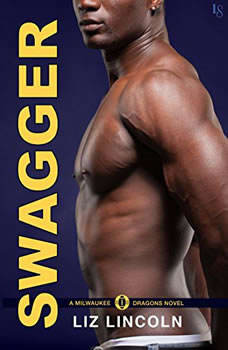 “Tight end,” noun: 1. a position in American football, 2. NFL star Marcus James, 3. what any hot-blooded woman can’t stop staring at every time Marcus walks by. Bree Novak is so close to earning her Ph.D. she can taste it, but she’s supposed to be writing her dissertation, not giving lectures while her advisor slacks off. The semester gets even crazier when veteran tight end Marcus James—Bree’s celebrity crush—enrolls in her “Intro to Physics” class. The man’s even hotter in person than he looks on Sunday Night Football. So why is Bree hoping he drops out? Maybe it’s because Marcus, with his cocky smile and chiseled body, is the ultimate distraction. . . . Drafted  out of college years ago by the Milwaukee Dragons, Marcus is taking advantage of a season-ending knee injury to finish his bachelor’s degree. Plus, thanks to a required science credit, he’s also getting to know the geek goddess who teaches physics. With brains and beauty, Bree is living proof that opposites attract. She’s even kind enough to give Marcus extra help with the material, as if she didn’t have anything better to do. And the more time Marcus spends with her, the more he realizes he’s not just crushing on his teacher—he’s falling for her.Don’t miss any of Liz Lincoln’s mouthwatering Milwaukee Dragons novels, which can be read together or separately:ON THE LINE | SWAGGER