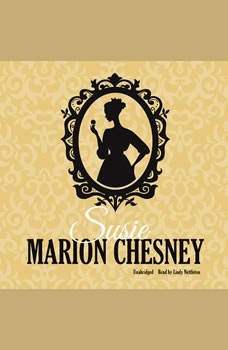 Poor little Susie. A beautiful dreamer, she imagined herself happy in a rose-covered cottage, only to find herself mistress of a great damp castle and wife to the elderly Earl of Blackhall. Luck, not the lecherous earl, contrived to spare her, and by her wedding night she was transformed to a wealthy young widow. But her trials had just begun. The old countess was determined to turn the simple country miss into a sophisticated lady. Meanwhile, handsome Sir Giles was determined to unmask her as a dangerously cunning young minx. Sweet, naive Susie. Luck had brought her a fortune she'd never wished for, but what stroke of fortune could make her dreams of real and innocent love come true?