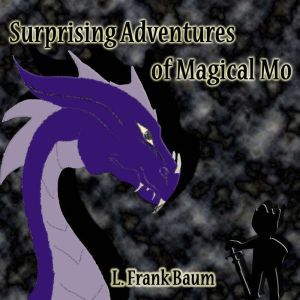 This children's fantasy novel is a collection of stories that follow the Monarch of Mo and the people of his magical land. The people of Mo live in a perfect land in which all of their essentials grow on trees. But not all is perfect for the Monarch. He has several adventures throughout the novel, first of which includes the Purple Dragon that eats off his head. A host of other characters join the Monarch of Mo on his crazy adventures - princes and princesses, monsters, dogs, evil wizards, and other creatures. Ultimately, the Monarch of Mo realizes that he must do something to take down the Purple Dragon, who is the major proponent behind his problems. L. Frank Baum (1856-1919), an American writer, journalist and script writer, is most famously known for his children's books. Baum attended school for theater and later managed an opera house where he wrote plays as well as acted in them. He had many successes and accomplishments, but his greatest success is "The Wonderful Wizard of Oz."