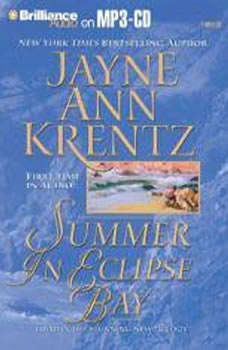 Word gets around fast in Eclipse Bay. Nick Harte should know—his family's legendary feud with the Madisons fueled the local gossip mill for years before finally cooling off. But people are still talking—and rumor has it Nick's involved with someone new....Art gallery owner Octavia Brightwell doesn't take chances—especially on handsome, charming men. But that's only part of the reason why she turned Nick down six times before—finally—agreeing to a date. Octavia's related to the woman who sparked the long-time family feud—and fears that falling hard for Nick would only ignite the flames again. Octavia knows her family's past is best kept hidden. But her secret isn't safe in Eclipse Bay—and neither is her heart....