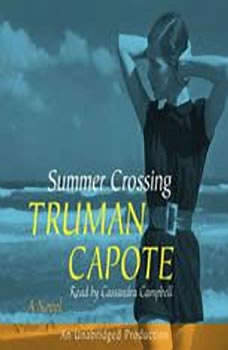 Thought to be lost for over 50 years, here is the first novel by one of the greatest American writers of the 20th century.

Set in New York during the summer of 1945, this is the story of a young carefree socialite, Grady, who must make serious decisions about the romance she is dangerously pursuing and the effect it will have on everyone involved.

Fans of Breakfast at Tiffany’s and Capote’s short stories will be thrilled to read Summer Crossing.