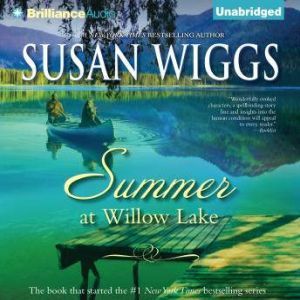 #1 New York Times bestselling author Susan Wiggs explores the many facets of love and friendship in Summer at Willow Lake, where family ties clash with family secrets during long, hazy days and hot, languid nights…Renovating her family's once-posh resort is a labor of love for Olivia Bellamy. When duty calls, she forgoes a fast-paced Manhattan summer for the Catskills retreat, where her grandparents want everyone together for one last gathering of family and friends. But the camp is in disarray, and reclaiming its lost greatness seems beyond Olivia. Forced to hire contractor Connor Davis, she is caught between her irritation at his laid-back attitude and a still-smoldering flame for the man arising from her own summers at camp. As the days grow warm, not even the inviting blue waters of Willow Lake can cool the passions flaring between them—or keep her family's shocking secrets at bay.

This book was so good, I couldn't put it down until I finished it. Even when I got to the end, it left me wanting there to be more to read about these deeply developed great characters.....I am happy to see there's another book about Willow Lake, I'll be reading that one next!

SUMMER AT WILLOW LAKE is a wonderful, nostalgic novel set at a family summer camp in New York State. The granddaughter who comes to restore the camp for her grandparents' 50th wedding anniversary has a troubled past with the camp and so does the contractor she hires who is a part of that past. Even those who have never been to Willow Lake suc***b to its magic and find the happiness and peace they seek. This is a romance novel but it has so much more depth and realistic characters and situations it is hard to compare it with other romances except to say it is far better than most! This is a book not to read if you want a quick fix, its pages should be savored and you should allow yourself the time to get to know the characters and the place and maybe even discover something about yourself too. I read it as I watched the snow falling from our mountain cabin and enjoyed every minute. My only small complaint is sometimes it was hard to follow the thread between the past and the present so I would be confused over who was having a particular experience but other than that it was an excellent novel!

Actually 535 pages,although Booksfree says 416.Thats probably an average page count for the other 7 books in the series but this premiere episode is a bit lomger, probably to introduce so many characters to populate the series. Some reviewers complained this made the book seem somewhat scattered and unfinished. I might agree if I had read it first as was its proper order. As it was, I stumbled in at book 5, then read 3 &4. Number 2 awaits after this one, then 68. Dont reccommend reading a series this way but it does mean Im enjoying it as good backstory for many of the characters I already met. Too bad it seems Daisy Bellamy is the main lead of the series as I find her one of the least interesting. Oh well, too much invested to back out now. Ill plow on along to find out where ,how, and with whowhom? she winds up. 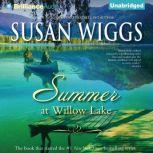 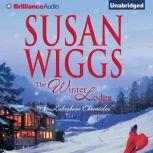 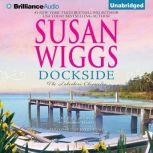