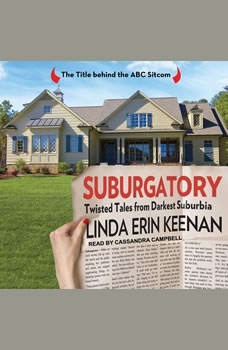 Suburgatory lampoons the absurdities and contradictions that Linda Erin Keenan has witnessed since leaving New York City, where she was a thoroughly urban CNN news producer for seven years, and settling down as a hapless stay-at-home suburban mother. The original proposal for this book was picked by Warner Brothers in 2010, and you can see their imagining of Suburgatory on the ABC show of the same name.Keenan was forced by the man in her life to leave her beloved New York City for a supposed suburban utopia. Instead she found herself trapped in a place where conformity is king and where she often felt like she had been taken hostage by an adult Girl Scout troop. So Keenan decided to train her twisted reporter's eye on the strange inhabitants of this new foreign land. Thought of as a local town newspaper or Web site, Suburgatory includes "news stories" (Mom Plans School Auction During Dreary Sex) that go after the tiger moms, breastfeeding nazis, frustrated swingers, crypto-racists, barely-there dads, and power-mad principals.In addition to the irreverent news stories, Suburgatory features faux op-ed "Shout Outs" (Let's Do that Key Party Right the Next Time), witty advertisements (Briarcliff Academy—Educating the Stupid Rich Since 1903), and an over-the-top totally toxic advice columnist: Dr. Drama. 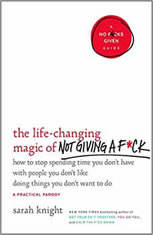