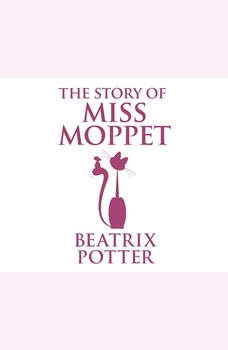 Story of Miss Moppet, The

In The Story of Miss Moppet, a kitten who is teased by a mouse bumps her head on a cupboard. The kitten feigns illness by sitting by the fire and wrapping her head in a duster. Will this ruse be enough to lure the curious mouse? The tenth of Beatrix Potter's 22 charmingly illustrated tales of animals in amusing situations, The Story of Miss Moppet has served children as a general introduction to books and to the Peter Rabbit series since its release in 1906.