In Paris, a physicist dies after performing a laboratory experiment for a beautiful visitor. In the jungles of Malaysia, a mysterious buyer purchases deadly cavitation technology, built to his specifications.In Vancouver, a small research submarine is leased for use in the waters off New Guinea.And in Tokyo, an intelligence agent tries to understand what it all means.Thus begins Michael Crichton's exciting and provocative technothriller, State of Fear. Only Michael Crichton's unique ability to blend science fact and pulse-pounding fiction could bring such disparate elements to a heart-stopping conclusion. This is Michael Crichton's most wide-ranging thriller. State of Fear takes the reader from the glaciers of Iceland to the volcanoes of Antarctica, from the Arizona desert to the deadly jungles of the Solomon Islands, from the streets of Paris to the beaches of Los Angeles. The novel races forward, taking the reader on a rollercoaster thrill ride, all the while keeping the brain in high gear. Gripping and thought-provoking, State of Fear is Michael Crichton at his very best. 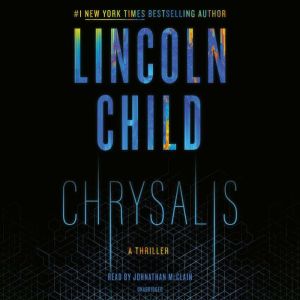 I struggled with this novel a lot. I am still struggling with this novel now, which is part of the reason for writing this review. The story itself, notwithstanding the science/climate change aspects, is thin at best and non-existent at worst. Nearly every story aspect is as predictable as the neon/LED of Vegas. Characters are as unremarkable as the story itself and offer no reader connectivity. By the end of the novel I was mostly glad to be finished with the book; however the audio book had two additions that caught me off guard. The “Message from the Author” was far more interesting than the entire novel even though it was only 15 minutes. If Crichton had begun the novel with the message than I think it would have been more enjoyable as in the message he explains something that I kind of agree with which is people need to look past the headlines/articles/etc. and focus on the substance of the data/data collection methods an entirely new perspective becomes available outside “Climate Change is Real/Fake” to “What are we really looking at”. The other part of the novel that I am glad for is the “Appendix One” wherein Crichton includes information on the “Eugenics” movement and its utter disappearance from history as well as how the scientific/political/entertainment community championed it. Additionally information was provided on other such movements in which humans were/are harmed regularly in the name of science/politics/power. Ultimately if you are looking for “Jurassic Park”, “Timeline”, “Congo”, “Andromeda Strain” … this is not that type of book. It is very politicized/science questioning and watered down story that, though still not Crichton’s usual quality, if read in the “Message” and “Appendix” first model can be seen as a way to really challenge beliefs that may not have the legitimacy one might think those beliefs might have.