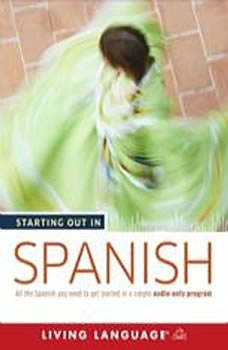 Starting Out in Spanish

Starting Out in Spanish is a beginner-level program that includes short and simple lessons and dialogues. It covers all the basics, with plenty of repetition and practice, making it ideal for audio-only learning.