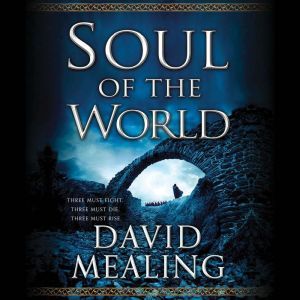 Soul of the World

Inspired by the American Revolution, this enormous, intricate debut fantasy series tells the story of three heroes fighting for their country with magic and gunfire. The Great Barrier has kept the colonies of the new world safe for hundreds of years. But the colony is a powder keg. Food shortages stir the citizens to riots against the crown. Dissidents whisper of revolution. And worse, the strength of the Great Barrier seems to be slipping.Sarine is a street artist, selling her sketches for coin to feed her family. With the help of her magic powers, she's so far been able to escape the notice of the city police. But a strange man with powers more terrifying than her own threatens to expose her secrets. And she's not the only one whose life threatens the strange figure threatens to upend. Start reading this incredible addition to the epic fantasy canon. For readers of Brandon Sanderson, Brent Weeks, and Brian McClellan.