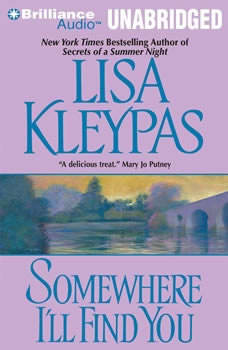 The toast of the town... All London is at Julia Wentworth’s feet — and anything she desires is hers for the asking. But the glamorous leading lady guards a shocking secret: a mystery husband whom she does not know, dares not mention...and cannot love. For years Damon Savage has been searching for the stranger his parents wed him to without his consent, hoping to legally free himself from matrimony’s invisible chains. And he is astonished to discover his “bride” is none other than the exquisite lady he’d hoped to make his mistress! But though his wife by law, Julia will never truly be Damon’s — until he conquers her fears, his formidable rivals...and her proud, passionate, and independent heart.