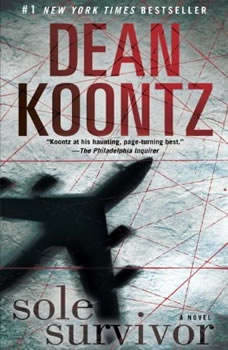 #1 NEW YORK TIMES BESTSELLERThe plane crashed without warning. Three hundred and thirty people died. No explanation. No survivors. Now one man who lost everything that night is about to discover the answers he needs to go on with his life—or the conviction to finally end it.Crime reporter Joe Carpenter lost his wife and two daughters in the crash of Flight 353. Aching from his loss, Joe is unable to work, think, or do anything but grieve, and wait for his own death. Then Joe meets Rose, a woman who claims to be the crash’s sole survivor. But before Joe can probe further, the elusive Rose slips away and Joe is left with haunting, terrifying questions: If Rose lived through the crash, is it possible his family could have survived it, too? Did the authorities conspire to hide what really happened that night? Joe’s search for the truth will shatter him like nothing has before—and force him to question everything he thinks he knows about life and death.