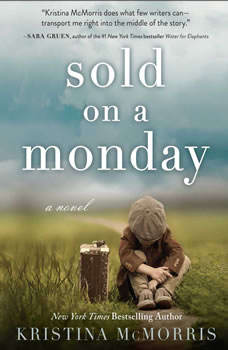 Sold on a Monday

A picture is worth a thousand words, but sometimes the story behind the picture is worth a thousand more. 2 CHILDREN FOR SALE. In 1931, near Philadelphia, ambitious reporter Ellis Reed photographs the gut-wrenching sign posted beside a pair of siblings on a farmhouse porch. With the help of newspaper secretary Lily Palmer, Ellis writes an article to accompany the photo. Capturing the hardships of American families during the Great Depression, the feature story generates national attention and Ellis's career skyrockets. But the piece also leads to consequences more devastating than he and Lily ever imagined -- and it will risk everything they value to unravel the mystery and set things right. Inspired by a newspaper photo that stunned readers throughout the country, Sold on a Monday is a powerful novel of ambition, redemption, love and family.

This beautiful, illuminating tale of hope and courage is based on interviews that were conducted with Holocaust survivor and Auschwitz-Birkenau tattooist Ludwig (Lale) Sokolov—an unforgettable love story in the midst of atrocity.“The Ta...

The Orphan's Tale
by Pam Jenoff

A powerful novel of friendship set in a traveling circus during World War II, The Orphan's Tale introduces two extraordinary women and their harrowing stories of sacrifice and survival Sixteen-year-old Noa has been cast out in disgrace after be...

A Reliable Wife
by Robert Goolrick

Robert Goolrick’s riveting debut novel is both foreboding and sensual. When a wealthy man first meets his mail-order bride in 1907, he realizes this statuesque beauty is anything but a “simple missionary’s daughter.” But he d...

The Orchardist
by Amanda Coplin

In an enthralling new historical novel from national bestselling author Kate Quinn, two women—a female spy recruited to the real-life Alice Network in France during World War I and an unconventional American socialite searching for her cousin...