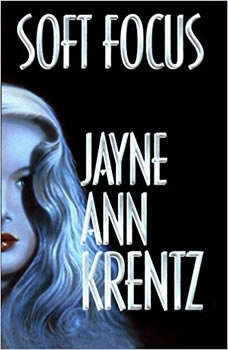 Elizabeth Cabot is all business. She knows how to maximize her investments and cut her losses—in both her career and her personal life.So when she discovers that Jack Fairfax has deceived her, she's determined to end their relationship. Putting a stop to their budding romance is easy, but breaking up their business deal will be more difficult. Despite all her efforts, she has no luck disentangling herself from Jack's client company, Excalibur. But the situation becomes even more strained when a lethal act of sabotage threatens to put both their companies out of business for good.Elizabeth is no fool. If she can help Jack save Excalibur, she'll recoup her substantial investment plus millions in profits. Putting her emotions aside, she insists on helping him search for the scientist who's disappeared with a valuable new crystal that could revolutionize their high-tech industry. She'll go in, solve the problem, and get out.The trail leads Elizabeth and Jack to a fringe film festival, but their goal is as elusive as the shadowy black-and-white images from the classic noir films. Life starts to imitate art, and double-dealing seems to be the name of the game. For these business adversaries turned reluctant partners, keeping an eye on each other—and the lid on their sizzling attraction—seems the only insurance against further treachery.