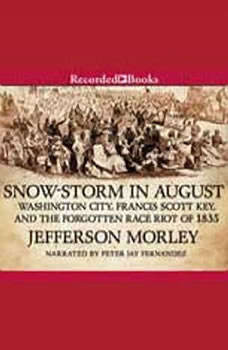 Snow-Storm in August: The Passions That Sparked Washington City's First Race Riot in the Violent Summer of 1835

Editor and investigative reporter Jefferson Morley has been widely published in national periodicals and is the author of the critically acclaimed nonfiction work Our Man in Mexico. An eye-opening look at Washington’s first race riot, Snow-Storm in August also offers revealing profiles of Arthur Bowen, the slave blamed for the riot, and “Star Spangled Banner” lyricist Francis Scott Key, a defender of slavery who sought capital punishment for Bowen.