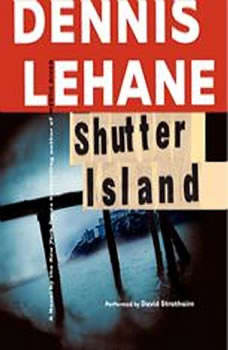 The basis for the blockbuster motion picture directed by Martin Scorsese and starring Leonardo DiCaprio, Shutter Island by New York Times bestselling author Dennis Lehane is a gripping and atmospheric psychological thriller where nothing is quite what it seems. The New York Times calls Shutter Island, “Startlingly original.” The Washington Post raves, “Brilliantly conceived and executed.” A masterwork of suspense and surprise from the author of Mystic River and Gone, Baby, Gone, Shutter Island carries the reader into a nightmare world of madness, mind control, and CIA Cold War paranoia and is unlike anything you’ve ever read before.

This book really scared me - the description of insanity is so very real - never read anything quite like it - seems the author somehow got into the head of a crazy person very deeply. Wonderful read!

One of my favorite books and movies!