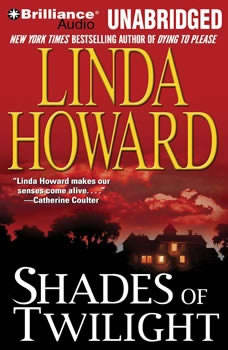 Dear Listener,Shades of Twilight is the story of Roanna Davenport, who grows up in a wealthy southern family but never quite fits in. She isn’t pretty or popular, and she has a real talent for saying the wrong thing at precisely the wrong moment. She’s in love with a distant cousin, Webb Tallant. But Webb marries their cousin Jessie, the bane of Roanna’s life. When Jessie is found murdered, Webb is blamed for her death, even though there isn’t enough evidence to charge him. Webb leaves town, and Roanna is left to pick up the pieces.All her life, Roanna has tried to win the love of her grandmother, of Webb, and of her extended family—and every time she’s been slapped down. She’s had enough. Roanna withdraws from the family, and that’s when her grandmother, Lucinda, realizes how very important this misfit is to all of them. Lucinda tries to make amends to Roanna by setting in motion a chain of events that brings Webb back home. But the plan disturbs a killer who is set on vengeance—and this time, the whole family seems to be the target.I hope you enjoy Shades of Twilight.Sincerely,Linda Howard

Justine Hoffman has made a comfortable life for herself on the island of Friday Harbor. She is the proprietor of a successful boutique hotel, and she has the safe, predictable life she has always wanted. Growing up with her flighty, nomadic mother, ...