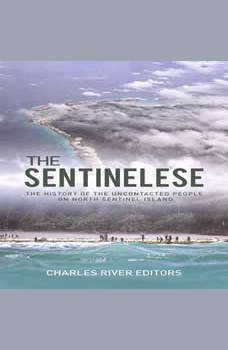 Sentinelese, The: The History of the Uncontacted People on North Sentinel Island

There is no record of Marco Polo ever visiting the Andaman Islands, so his brief description of the islanders must have been drawn from a secondary source. They were, he wrote, “a most brutish and savage race, having heads, eyes, and teeth like those of dogs. They are very cruel, and kill and eat every foreigner whom they can lay their hands upon.”

Most subsequent travelers and travelogues have tended to agree, although in an age of inclusion and diversity, the modern understanding and appreciation of the indigenous Andamanese is somewhat more sympathetic. Nonetheless, that one common theme has persisted, in particular in the many colonial-era chronicles, which were all written at a time when Darwin and his contemporaries were rationalizing evolution, and evolutionary divergence. How could it be, they ask, that a small pocket of the human race could be content to linger so far behind in the journey of human development?

The Andaman and Nicobar Islands comprise a tiny archipelago of some 200 islands in the Indian Ocean. They are located in a seemingly insignificant spot in the Bay of Bengal, comprising a combined area of only 3,500 square miles, but the islands are a tropical idyll, populated by dark Indians drawn mainly from the east coast, with a curious aboriginal people who appear more African than Asian. The islands have been within sight of international shipping routes since the very birth of ocean travel, and yet, until the arrival of the great European trading enterprises, the archipelago remained virtually unvisited, and absolutely unsettled by any other than its indigenous inhabitants.

The Sentinelese: The History of the Uncontacted People on North Sentinel Island profiles the indigenous people, famous attempts to contact them, and what’s known and unknown about them. Along with pictures of important people, places, and events, you will learn about the Sentinelese like never before.