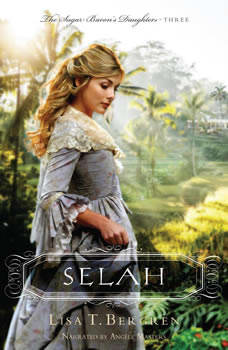 Selah Banning has come of age on the West Indies island of Nevis, shaped by experiences far beyond the typical upbringing of a young British lady in 1776. She never anticipated that the most tumultuous time of her life might await her in the year ahead. Jedediah Reed, a young Methodist preacher with a call to serve the slaves of Nevis, has settled at Selah's family's plantation, the Double T. As Selah's heart is drawn to the same people, their shared purpose brings them together--despite her guardians' concern with a romance that promises little security for the future. As Jedediah's faith and Selah's abolitionist leanings lead to changes on the plantation, the Revolutionary War continues to build in the States. With the threat of starvation and the conflict with island mogul Angus Shubert growing ever stronger, the future of the Double T and its people hangs in the balance.