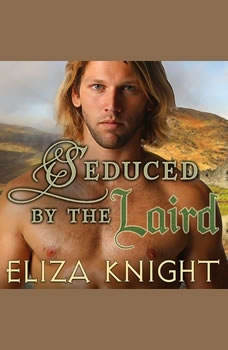 Seduced by the Laird

Lady Kirstin MacNeacaill is determined to lead a life of piety in hopes of erasing a past filled with pain and transgressions. She takes vows at the abbey on the Isle of Skye that has sheltered her since she was a girl. But when Scotland erupts in turmoil and she is sent as an envoy to Melrose, she runs straight into one of her past transgressions. Old feelings arise, never truly forgotten. Forced to face her past, she must choose between penance and allowing herself to fall passionately in love all over again. Laird Gregor Buchanan receives devastating news for Scotland and must travel to Melrose, where Robert the Bruce is laying low. With his country divided between those who are for Scottish Independence and those who have sided with the English, he must ferret out those who threaten their very freedom. On his way to meet his future king, Gregor intercepts a small party, coming face-to-face with the woman he's always loved and never forgotten. For the past ten years he'd searched for her, never coming close. Gregor does not want to let her go this time, and he's praying she'll give him a second chance. Contains mature themes.