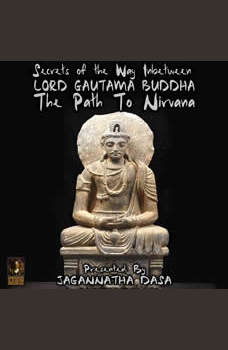 Secrets of The Way In between; Lord Gautama Buddha; The Path to Nirvana

Gautama became known as the Buddha or "Awakened One". The title indicates that unlike most people who are "asleep", a Buddha is understood as having "woken up" to the true nature of reality and sees the world 'as it is' . A Buddha has achieved liberation, also called Nirvana, which is seen as the extinguishing of the "fires" of desire, hatred, and ignorance, that keep the cycle of suffering and rebirth going. According to various early texts, a Buddha has achieved three higher states: Remembering one's former abodes (or past lives), the "Divine eye" ), which allows the knowing of others' karmic destinations and the "extinction of mental intoxicants" This is his life and teachings.Edited by Macc Kay in BangkokProduction executive Avalon Giuliano in LondonICON Intern Eden Giuliano in DelhiMusic By AudioNautix With Their Kind Permission©2020 Inner Lion Media (P) 2020 Inner Lion Media LLCGeoffrey Giuliano is the author of over thirty internationally bestselling biographies, including the London Sunday Times bestseller Blackbird: The Life and Times of Paul McCartney and Dark Horse: The Private Life of George Harrison. He can be heard on the Westwood One Radio Network and has written and produced over seven hundred original spoken-word albums and video documentaries on various aspects of popular culture. He is also a well known movie actor. Geoffrey has been collecting and trading in Beatles and other rock memorbilia since 1968. Two coffee table books of his extensive world class collection have been published by Penguin Books.