Secrets of a Summer Night: The Wallflowers, Book 1

Four young ladies at the side of the ballroom make a pact to help each other find husbands . . . no matter what it takes

Proud and beautiful Annabelle Peyton could have her pick of suitors—if only she had a dowry. Her family is on the brink of disaster, and the only way Annabelle can save them is to marry a wealthy man. Unfortunately her most persistent admirer is the brash Simon Hunt, a handsome and ambitious entrepreneur who wants her as his mistress.

Annabelle is determined to resist Simon's wicked propositions, but she can't deny her attraction to the boldly seductive rogue, any more than he can resist the challenge she presents. As they try to outmaneuver each other, they find themselves surrendering to a love more powerful than they could have ever imagined. But fate may have other plans—and it will take all of Annabelle's courage to face a peril that could destroy everything she holds dear.

This edition of Secrets of a Summer Night contains an altered version of the content that appeared in the original 2004 edition. 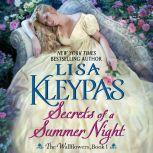 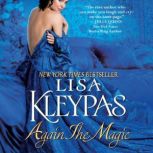 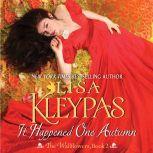 Secrets of a Summer Night: The Wall...
Wallflowers #1

It Happened One Autumn
Wallflowers #2