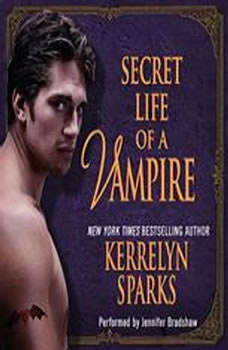 Secret Life of a Vampire

Nothing's sexier than an man who can keep a secret.A typical bachelor party is all about beers and beautiful women. A vampire bachelor party is no different -- except the men are drinking Blissky (whiskey-flavored synthetic blood). And no one can throw a party quite like Jack, the illegitimate son of the legendary Casanova. But when the party gets out of hand and the cops show up, Jack has some explaining to do . . . if only he wasn't struck speechless by the beauty of Officer Lara Boucher.Lara is sure there's something more than a bachelor party going on. What is Jack hiding? And why is he so interested in the recent disappearance of young women all over town? Her investigation uncovers more than she wants to know, especially about this modern-day Casanova. But if she's ever to make detective, she'll need to expose all his secrets . . . if only her heart wasn't on the line.

Secret Life of a Vampire
Love at Stake #6