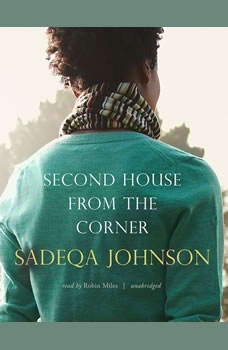 Second House from the Corner

Felicia Lyons, a stressed-out stay-at-home mom, struggles to sprint ahead of the demands of motherhood while her husband spends long days at the office. Felicia taps, utters mantras, and breathes her way through most situations, but on some days, like when the children wont stop screaming her name or arguing over toy trucks and pretzel sticks, she wonders what it would be like to get in her car and drive away. Then one evening the telephone rings, and in a split second the harried mothers innocent fantasy becomes a hellish reality. The call pulls her back into a life shed rather forget. Felicia hasnt been completely honest about her upbringing, and her deception forces her return to the Philadelphia of her childhood, where she must confront the family demons and long-buried secrets she thought she had left behind. From a phenomenal fresh voice in fiction comes the compelling story of what happens when the dream falls apart. Its the unforgettable tale of love, loss, rediscovery, and the growing pains of marriage.