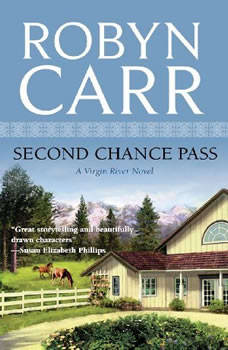 RITA Awardwinning author Robyn Carr enthralls millions with this stirring series set in the tiny mountain town of Virgin River, California. In this fifth installment, two lonely hearts long for a second chance at love. Within a few short months, Vanessa Rutledge buried her husband and birthed their son. When serendipity brings a man into her life again, her heart flutters anew. Still living by the Marine Corps motto, Paul Haggerty has been a faithful friend to the widow of his fallen comrade. Yet helping Vanessa through her darkest days hasnt always been easyespecially since hes loved her from day one. But just when he plans to reveal his love, another woman stakes her claim on hima claim his sense of honor cant easily shake off. Through Therese Plummers superb narration of this emotionally rich novel, Carr transports listeners to Virgin River and keeps them under its enchanting spell until the last word.