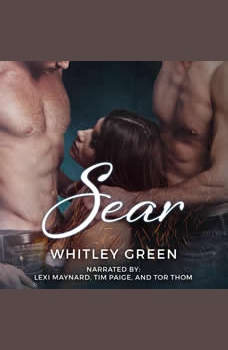 Bailey's beautiful, but you're not supposed to notice your best friend like that, so I keep my thoughts to myself. When I need a pretend girlfriend for a party at work, she says yes; mainly so she can finally meet the guy who's been driving me nuts on the job. I keep telling her, no, he's not attractive. He's a pain in my ass; attraction's got nothing to do with it. Not that I'm attracted to him. Obviously.

Drew's too gorgeous for his own good. I'll act the devoted girlfriend for his office party, as long as his family doesn't find out we're playing make believe. It turns out Drew's office nemesis is none other than my college lab partner and friend, Cooper. We lost touch ten years ago and wow. Coop's come a long way from the nerdy guy I knew freshman year. Now he's all tattooed-hipster hotness, with a chip on his shoulder and mischief in his eyes. Let's just say I think my bi best friend doth protest too much when he swears he and Cooper can't stand each other.

Drew's the network's golden boy. They think he's just the guy to babysit me through this cooking competition, so we're stuck with each other for the next few weeks. I'll play nice for the cameras but when I find out he and Bailey are only pretending to date, all bets are off in private. I let her go once, after our one date in college. I'm not letting her get away again. As for Drew, well...

If it turns me on the way he bosses me around, nobody needs to know.

Sear is a full-length standalone bisexual menage romance including MF, MM, MFM, and MMF lovin'. No cheating, no cliffhangers -- nothing but the naughty good stuff!

The Summer Wives
by Beatriz Williams

Spirit of the Season
by Fern Michaels

Breakfast at the Honey Creek Cafe
by Jodi Thomas