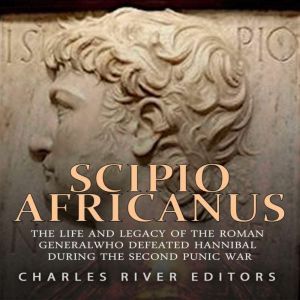 Scipio Africanus: The Life and Legacy of the Roman General Who Defeated Hannibal during the Second Punic War

While he remains far less known than Hannibal, Publius Cornelius Scipio, the man who has become known to history as Scipio Africanus, is widely regarded as one of the greatest military leaders of all time. In the space of less than 10 years, the genius of Scipio took Rome from being on the brink of utter destruction to becoming the dominant power in the Mediterranean. He displayed not just acute understanding of the tactical needs of the battlefield but also a strategic overview that consistently allowed him to confound his enemies. Scipio has been described as “the embodiment of grand strategy, as his campaigns are the supreme example in history of its meaning.”

However, like many other successful military leaders, Scipio proved much less able to deal with the envy and political machinations of the Roman Senate, and he ended his life not in glory but in bitter, self-imposed retirement, much the same way Hannibal did. Both men left legacies of military genius, catastrophic defeats, perseverance in the face of setbacks, astounding victories. Their stories also heavily involve ingratitude, envy, and enmity from within.

Scipio Africanus: The Life and Legacy of the Roman General Who Defeated Hannibal during the Second Punic War chronicles how Scipio rose to prominence, his legendary victory at Zama, and the legacy he had on antiquity.