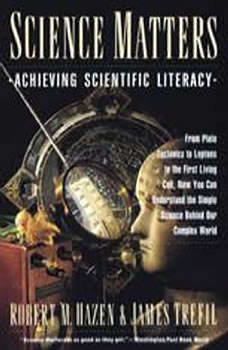 Knowledge of the basic ideas and principles of science is fundamental to cultural literacy. But most books on science are often too obscure or too specialized to do the general reader much good.

Science Matters is a rare exception-a science book for the general reader that is informative enough to be a popular textbook for introductory courses in high school and college, and yet well-written enough to appeal to general readers uncomfortable with scientific jargon and complicated mathematics. And now, revised and expanded for the first time in nearly two decades, it is up-to-date, so that readers can enjoy Hazen and Trefil's refreshingly accessible explanations of the most recent developments in science, from particle physics to biotechnology.